This page is for the mobile game. For the real life models, see Postal Babes

POSTAL Babes (Stylized as POSTAL Babes ) is a mobile game developed and published by HeroCraft. Despite its namesake, it has nothing to do with the main Postal series and is a licensed spin-off.

The game stars two Postal Babes (Babe in Black and Babe in White) who must fight off "maniacs" who have taken over Starsbreeze University and rescue the students (all of which are female) before it's too late.

The game is a side-scrolling beat'em up/shooter with several weapons at the player's disposal. The game alternates between playing as the two babes who have unique play styles with the Babe in Black using melee weapons and the Babe in White using firearms and engaging in sniper sections.

There are thirteen levels in total with missions varying between rescuing hostages, killing all the maniacs, platforming, sniping, disarming bombs, and protecting rescued hostages. 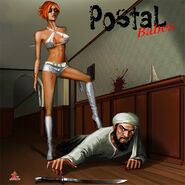 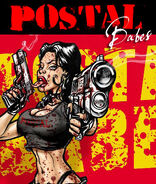 Alternate art
Add a photo to this gallery 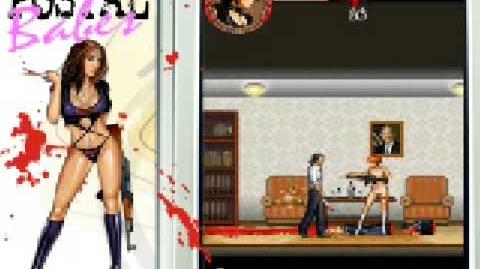 Postal Babes
Add a photo to this gallery

Retrieved from "https://postal.fandom.com/wiki/Postal_Babes_(video_game)?oldid=16231"
Community content is available under CC-BY-SA unless otherwise noted.