POSTAL 2: Paradise Lost is the third official expansion for POSTAL 2, serving as a sequel. Its story picks up 11 years after the events of Apocalypse Weekend while simultaneously retconning the events of Postal III.

After the events of Apocalypse Weekend, the Postal Dude and Champ are escaping from the nuclear fallout when Champ sees a stray cat on the road. Being a dumb dog, Champ jumps out of the car window, giving chase back toward Paradise. Not wanting to leave his sidekick behind, the Postal Dude turns his car around in an attempt to save his misguided companion. Unfortunately his head wound starts acting up, causing him to crash his car, the blunt force knocking him unconscious as the mushroom cloud looms over.

Trapped in the depths of his mind, the Postal Dude witnesses visions of a "dark future". He awakens eleven years later from a radiation-induced coma by the outskirts of an "unfamiliar town", thus beginning the week-long search for his missing sidekick.

Paradise Lost returns to the free-roam, errand based gameplay of the original; each level divided is into days (Monday, Tuesday, Wednesday, Thursday, Friday) and new areas open up as the week progresses.

New to Paradise are different zones that were brought about by the nuclear explosion. The zones consist of the Arid Desert, Rainy Foliage, Nuclear Winter, and Ashen Skies, with the zones becoming more extreme the closer you get to the blast site.

The Postal Dude now has the ability to dual wield guns after using Habib's Power Station drink. The power-up lasts for a short time giving the Postal Dude a duplicate of whatever gun he's holding. It does not apply to melee weapons.

In addition, when unarmed, the Postal Dude now has the ability to flip off NPCs with an added spoken "Fuck You". This serves no purpose other than being fun. Note that if you flip off a cop, there's a very high chance that they'll start to attack you.

Thanks to improvements in hit detection, if the Postal Dude kicks someone in the crotch, they will react accordingly.

The Postal Dude now has the possibility of buying weapons and power-ups from various vending machines found around the map. As you progress in the game the list of available items will grow.

Add a photo to this gallery 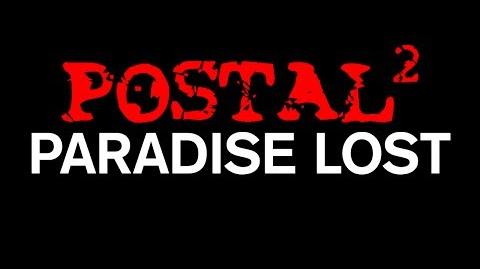 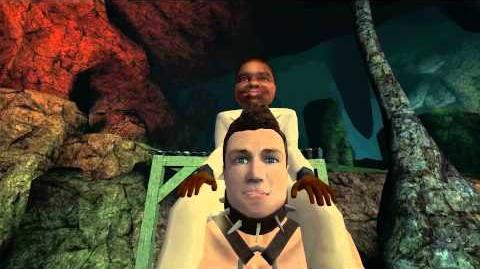 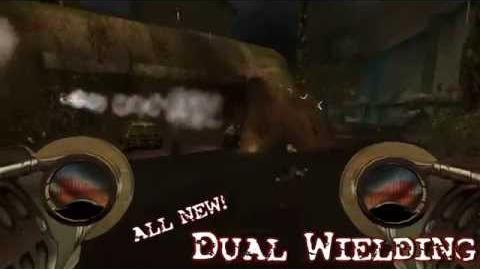 Retrieved from "https://postal.fandom.com/wiki/Paradise_Lost?oldid=16266"
Community content is available under CC-BY-SA unless otherwise noted.