In this expansion, it's revealed that the Postal Dude survived the head shot he received in the end of the main game (he shot himself to stop listening to his nagging wife) and is in Paradise's hospital. After waking up from a coma, the Postal Dude reads various "get well" cards beside his bed, however they turn out to be threatening letters from a Dog Pound, land owner, and his wife. After reading these letters, the Postal Dude eventually leaves the hospital after having major Gary Coleman hallucinations.

As he 's getting something to eat at an Asian restaurant, mad-cow infected zombies overrun the place and he must assist in killing them all. After killing off all the zombies, a high-ranking army officer approaches the Dude and offers him the job of killing diseased cows to prevent the infection from further spreading. Dude accepts, and kills all the diseased cows on a pasture with a sledgehammer, at the same time coming across vegetarians who try and intervene. Impressed by his work, the officer promotes the Postal Dude to the "Pigeon Relocator", and gives him a Rocket Launcher in order to do the job.

The player never actually gets to do this Pigeon Relocator mission, and instead, a cutscene plays showing the aftermath. Following the cutscene, the Postal Dude is called by his ex-boss Vince Desi, who asks him to go to Bullfish Interactive and retrieve a Gold Master. The Dude accepts, and goes to the company's headquarters. He fights through numerous security guards, and finds himself in Phraud Hogslop's office, the CEO of the company. Following a boss battle, Postal Dude kills Haugslop and retrieves the golden disc. To celebrate, Vince invites Postal Dude to his house for a party with the Postal Babes.

The next morning, Postal Dude wakes up to find that Vince's house has been infested with zombies. Using weapons from the armory in the basement, Vince, the RWS staff, and Dude successfully fend off the zombie infestation.

As Postal Dude is leaving Vince's house, he's offered by a Mexican man outside an Elephant Preserve to kill all the Elephants inside with a Scythe so that their legs can be made into baskets for children. Seeing it as "perfectly legal", Postal Dude accepts the offer and kills the elephants inside the preserve. Upon leaving, Vince Desi calls the Dude again,and tells him that Mike J has been infected with the mad-cow disease. So, Vince has promoted the Dude to marketing manager. He also says that he needs a way to show the world that Running With Scissors isn't to be messed with. Postal Dude comes up with the plan of using explosives to show this, and decides it will be a good idea to ask Al Qaeda at their Terrorist Training Camp for some ordnance.

Ultimately, the terrorists at the camp begin shooting at him, and he must fight through them to find ordnance himself. During this, the camp comes under attack by the National Guard. Eventually, the Postal Dude is arrested by the National Guard while escaping from the base, and is held prisoner at the Paradise Military Base Stockade. By setting his "highly flammable Taliban cell-mate" on fire, he breaks out of his holding cell and escapes the base, leaving behind him a trail of dead soldiers who tried to stop him. As he is escaping, he comes across a Thermo-nuclear warhead. Thinking it will come in useful when destroying the rival video game company, he takes it and brings it to the rival game company's headquarters, which has been overrun by zombies since his last visit.

After fighting through the zombies and setting the warhead down in Hogslop's office, the Postal Dude remembers that his dog Champ is in the pound, and must rescue him before escaping the town. He heads to the dog pound, and fights through waves of rednecks and gimped-up dogs and cats before finally rescuing Champ. The two make their way across a bridge completely overrun with zombies and National Guard. Soon, they find that their car and trailer is being used as a roadblock. At this point, the world around the Postal Dude changes, and ultimately, he finds himself up against a zombified Mike J.

He successfully defeats Mike J, and escapes Paradise along with Champ in his car. As they are escaping the town, the Postal Dude says "I regret nothing!", and the nuclear warhead is detonated, destroying the town once and for all.

Continuing where the original left off, this added two new days (Saturday and Sunday). Unlike the main game, the levels in the expansion are not free-roaming, but structured linear levels. There is a mini-hub known as Lower Paradise which connects all the levels, but it doesn't have the same freedom as the original did (no choice in errands).

The engine has been updated so the Postal Dude can dissect body parts of his victims, in collaboration with the newly introduced edged weapons. Arms and legs can now be removed at the players behest. It also introduced Zombies to the Postal universe who can only be killed by smashing their heads. 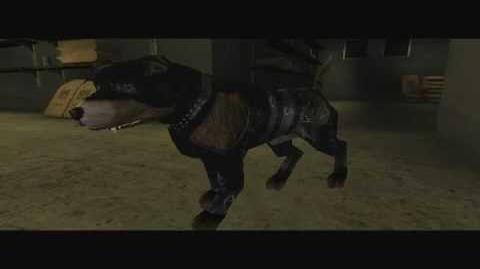 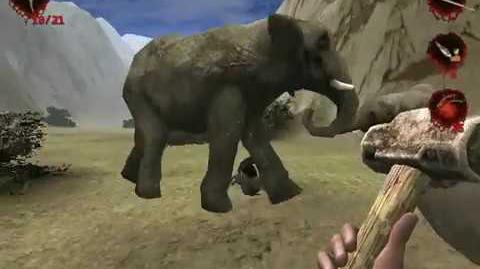 POSTAL 2- Apocalypse Weekend Trailer -2
Add a photo to this gallery
Retrieved from "https://postal.fandom.com/wiki/Apocalypse_Weekend?oldid=16261"
Community content is available under CC-BY-SA unless otherwise noted.