POSTAL 2: Штопор ЖжОт! (aka Corkscrew RuLes!) is a licensed addon for POSTAL 2 that was developed by Avalon Style Entertainment and published by Akella. Storywise, it has nothing to do with the base game, existing as a Russian adaptation of POSTAL 2.

The game stars a man known as Shtopor (or Corkscrew, who looks very much like the Postal Dude) who wakes up in a hospital to find that someone has stolen his penis. Journey through Muhosransk City (Podunk City) on a journey to find your stolen sex organ and kill the bastard responsible.

The errand based gameplay of POSTAL 2 returns, taking place over the course of four days (Понедельник, Вторник, Среда, and Четверг — translated Monday, Tuesday, Wednesday and Thursday) as you interact with the various inhabitants of Muhosransk City.

Unlike the POSTAL 2 base game, there is no pacifist option though most errands can be completed without resorting to violence. Another prominent action, the ability to piss, is unavailable throughout most of the game due to the nature of the story.

The expansion was ported to POSTAL 2 Complete by Evil (creator of Nick's Co-op and collaborator of the Happy Night mod), and was released via the Steam workshop on June 25th, 2017.

This version boasts several improvements over the initial release with Russian weapons replacing the standard ones, new effect for the Vodka, a new player model for Shtopor, the ability to piss like a woman, bug fixes, English subtitles, and Co-op.

No official US localization exists as it was only meant for the Russian market. However, a version was released In Japan on October 27th 2006, under the title " ポスタル2 ロシアより愛をこめて英語版 日本語マニュアル付" (translation: "POSTAL 2: From Russia with Love") with all the voice lines dubbed in English by the original Russian cast.

Though there is no official release, the complete game is readily available on ModDb (Link below) with it's UI translated into English. The rest of the game (dialogue, assets, etc.) are in Russian (as they should be).

An English walkthrough written by a Steam user named Alien can be found in the link above. Many thanks to him from the English speaking community. 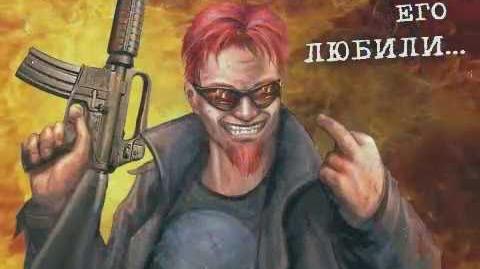 POSTAL 2- Corkscrew RuLes trailer
Add a photo to this gallery